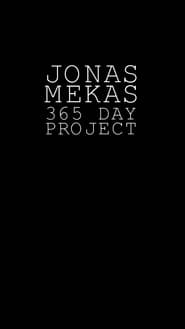 This exhibition focuses on Jonas Mekas’ 365 Day Project, a succession of films and videos in calendar form. Every day as of January 1st, 2007 and for an entire year, as indicated in the title, a large public (the artist's friends, as well as unknowns) were invited to view a diary of short films of various lengths (from one to twenty minutes) on the Internet. A movie was posted each day, adding to the previously posted pieces, resulting altogether in nearly thirty-eight hours of moving images.