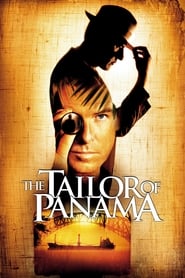 A British spy is banished to Panama after having an affair with an ambassador's mistress. Once there he makes connection with a local tailor with a nefarious past and connections to all of the top political and gangster figures in Panama. The tailor also has a wife, who works for the Panamanian president and a huge debt. The mission is to learn what the President intends to do with the Canal.