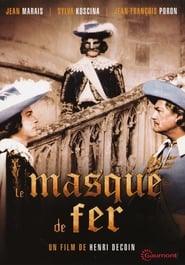 The story of the Three Musketeers, D'Artagnan, and the imprisonment in an iron mask of the identical twin of the King of France, Louis XIV. 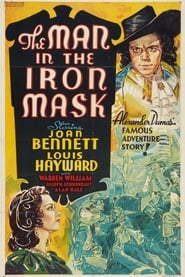 Tyrannical King Louis XIV learns that he has an identical twin brother, Philippe, who was raised from birth by his late father's trusted friend D'Artagnan and his faithful musketeers, Porthos, Athos and Aramis. After Philippe falls for the king's betrothed, Spanish Princess Maria Theresa, Louis imprisons him, forcing his brother to don an iron mask that will slowly suffocate him -- and it's up to D'Artagnan to rescue him. 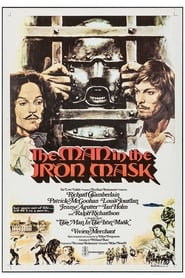 The story of Louis XIV of France and his attempts to keep his identical twin brother Philippe imprisoned away from sight and knowledge of the public, and Philippe's rescue by the aging Musketeers, led by D'Artagnan. 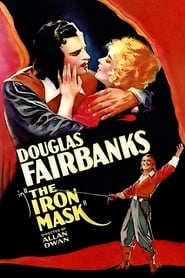 King Louis XIII of France is thrilled to have born to him a son - an heir to the throne. But when the queen delivers a twin, Cardinal Richelieu sees the second son as a potential for revolution, and has him sent off to Spain to be raised in secret to ensure a peaceful future for France. Alas, keeping the secret means sending Constance, lover of D'Artagnan, off to a convent. D'Artagnan hears of this and rallies the Musketeers in a bid to rescue her. Unfortunately, Richelieu out-smarts the Musketeers and banishes them forever.

Years have passed since the Three Musketeers, Aramis, Athos and Porthos, have fought together with their friend, D'Artagnan. But with the tyrannical King Louis using his power to wreak havoc in the kingdom while his twin brother, Philippe, remains imprisoned, the Musketeers reunite to abduct Louis and replace him with Philippe.