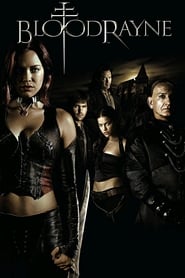 In the 18th century, a vampire escapes from the freak show she once participated in and teams up with a group of vampire slayers to kill the man who raped her mother. Storyline In the Eighteenth Century, Rayne is the half-human half-vampire Dhampir and the lead attraction in a carnival's freak-show in Romania. When she escapes, she meets a fortuneteller that tells that her mother was raped by the king of the vampires Kagan and she decides to destroy her father. In her journey for revenge, she meets Vladimir and Sebastian, the leaders of the fortress of vampire hunters Brimstone, and she joins their society. She seeks for powerful talismans to defeat Kagan, while the skilled warriors Vladimir and Sebastian train her to face the forces of Kagan and her human side falls in love with Sebastian. Written by Claudio Carvalho, Rio de Janeiro, Brazil 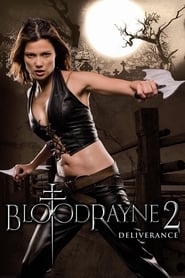 Rayne, a half-human half-vampire warrior, is in the America's 1880's Wild West to stop the vampired Billy the Kid and his posse of vampire cowboys.

Rayne fights against the Nazis in Europe during World War II, encountering Ekart Brand, a Nazi leader whose target is to inject Adolf Hitler with Rayne's blood in an attempt to transform him into a dhampir and attain immortality.