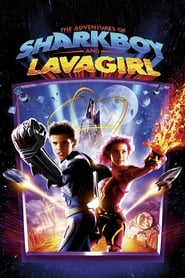 Everyone always knew that Max had a wild imagination, but no one believed that his wildest creations -- a boy raised by watchful great white sharks and a girl with the force of a volcano -- were real. Now, these two pint-sized action masters will show Max that even an ordinary kid has what it takes to be extraordinary.