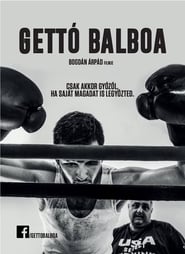 The film follows a boxing coach and his trainee. They are from the infamous Ghetto in the middle of Budapest. Misi, an ex member of the mafia, while recovering in a prison hospital after a shootout, turned to God and left behind his criminal past. As his “mission” he started a local community boxing club aimed at young children from troubled families. Zoli is one of these kids. Zoli lives in a one bedroom apartment with 5 other people. Despite his young age he has to face up to the responsibility of providing for his family. He has a tough decision to make. He either becomes a professional boxer or follows in the footsteps of his mobster father.