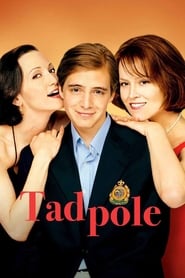 Beautiful, sophisticated women are all over Oscar Grubman. He is sensitive and compassionate, speaks French fluently, is passionate about Voltaire, and thinks the feature that tells the most about a woman is her hands. On the train home from Chauncey Academy for the Thanksgiving weekend, Oscar confides in his best friend that he has plans for this vacation--he will win the heart of his true love. But there is one major problem--Oscar's true love is his stepmother Eve. Oscar is certain that he could be a better mate to Eve than his work-obsessed father. He fails to win Eve's heart and is consequently dejected. Oscar's path to his true love is further crossed by Diane, Eve's best friend who, one night while wearing Eve's borrowed perfumed scarf, offers him temporary comfort in an unconventional tryst. For Diane, Oscar fills a void in her life. For Oscar, Diane is somewhat of a distraction, as his continued pursuit of Eve leads to an unexpected resolution.