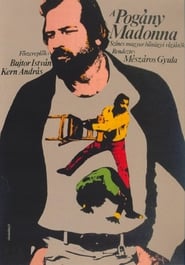 The unique statue of the ancient fertility goddess Demeter, known as the "Pagan Madonna" is stolen from the museum, located in a small town on Lake Balaton. At the same time seriously wounded a servant of the museum. The abduction of the museum's priceless statues of pure gold is investigated by the then young and inexperienced investigator Kardos and lieutenant "Droplet".