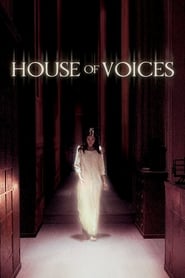 In 1958, in the French Alp, the young servant Anna Jurin arrives in Saint Ange Orphanage to work with Helena while the orphans moved to new families. Anna, who is secretly pregnant, meets the last orphan , Judith, left behind because of her mental problems, and they become closer when Anna find that Judith also hear voices and footsteps of children.