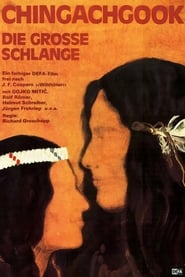 Chingachgook, a Mohawk-born Delaware warrior, strives to rescue his wife Wahtawah from the clutches of an enemy camp of Huron. Joined by his trusted huntsman Deerslayer, the two confront racist pioneers and brutal British soldiers in their quest. Deerslayer catches the desire of Judith and thus the jealousy of her suitor, Harry. The action of the story functions like a seesaw, characters continuously traveling back and forth between a house on the lake and the Huron camp until the violent climax.