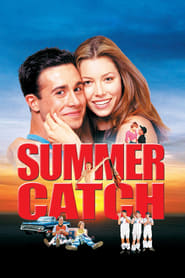 Local boy Ryan Dunne, now a pitcher for Boston College, meets Tenley Parrish, the daughter of a wealthy couple who summer on the Cape. Ryan and Tenley fall in love, much to the chagrin of their families, while Ryan clings to one last hope of being discovered and signed to a pro baseball contract.